Having done some research, I decided I wouldn’t be restoring the original fuel injection on the 93 5.0 that came with the 65. If you remember, my previous investigation showed the engine was a 5.0 High Output from a 93 Mustang GT. It originally had what I consider a pretty ugly EFI system on it. It actually had parts for a second as well. I have decided I will go Fuel Injection, but I plan on going with one of the modern replacements like FiTech or a Holley Sniper.

The engine is pretty far down the line for projects that need doing. That said, every time I go into the garage, I see it and it makes me want to tear it down and start getting rid of parts. Along with of the bin with a second intake manifold for the original EFI, I have two computers and engine wiring harnesses. I also found 2 more pairs of black valve covers, bringing the total to 3 sets. My garage is too small for this and I need to start reducing excess junk.

That, and I can only come up with so many excuses to tear down an engine before I start reaching for the wrench.

So, this is where I started. When I picked it up, the air induction system was already removed. I remember seeing some of those parts previously. I will have to find it all and put it in a pile for removal. 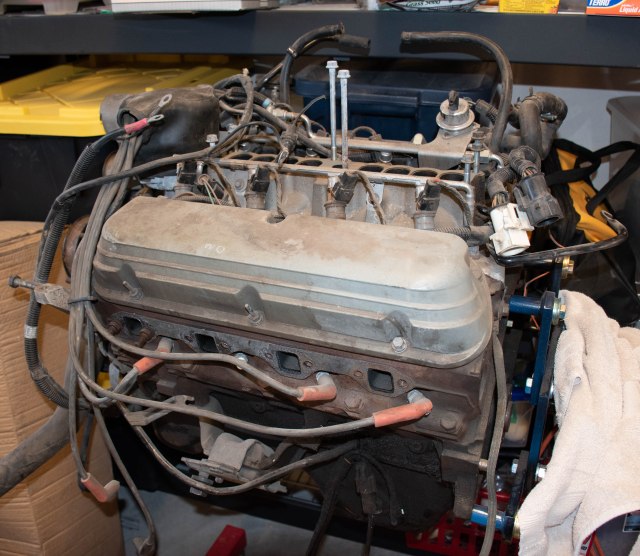 I started getting rid of some of the wires that were encasing it. A big part of that was the EFI wiring harness, and another was the plug wires. I also took out every bolt I found along the way. 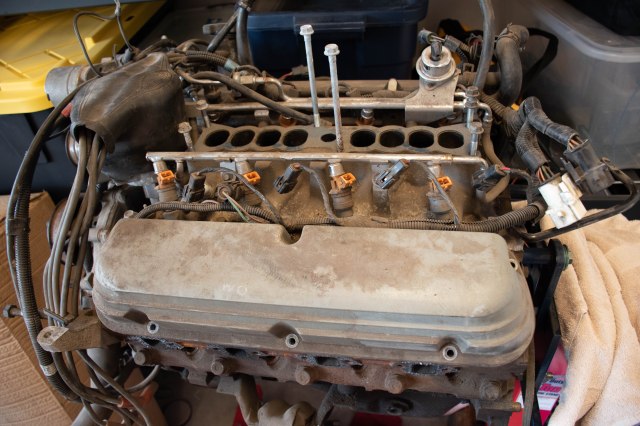 With the left side wires out of the way, I went for the valve covers, plugs, and motor mounts, plus a random wire bracket here and there.

This distributor was just a beast, so it went next. It suddenly got a lot more roomy.

Then it was on to the other side where I disconnected the other half of the EFI injector harness and prepared to take off the intake manifold. 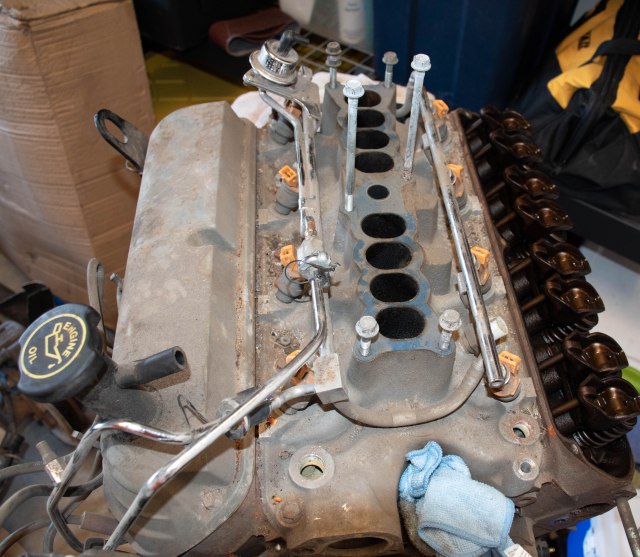 As I made progress, I tried to take pictures of all the things that were odd, or I had problems with on the 67. For example, here’s a shot of the timing marker. I have yet to get one in the right place on the coupe. I figure reference pictures can’t hurt.

Motor mount is gone, as is the valve cover. Pretty much everything from this side is stripped now too.

Off with the intake manifold. Now it’s starting to look like something I can relate to. Some debris fell in there, but I am not too worried about it as I expect to tank it before it goes back together. 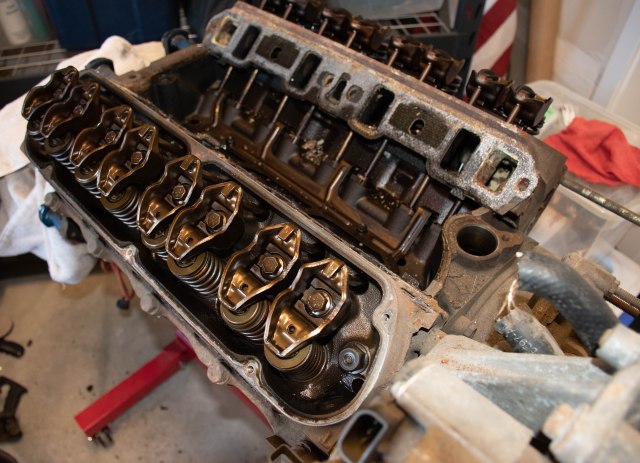 I still have the junk on the front that needs to go. I am hoping to be able to reuse the belt system, but that remains to be seen. I am not certain about the timing chain cover and water pump openings lining up with various other things. It will probably work if I keep it all to a 93 Mustang GT spec and don’t try to mix and match. That will keep my life simpler in the future too if it works out. Time will tell.

The whole alternator bracket and pulley setup is a big chunk of weight. I will have to look into what the specs are on that stock alternator. Not that this one will ever run again, but buying a stock again may simplify life.

Nearly done. On to the water pump. These bolts have some corrosion on them. I thought I would get some coolant leaking out when I took it off, but all I found was powdered rust. 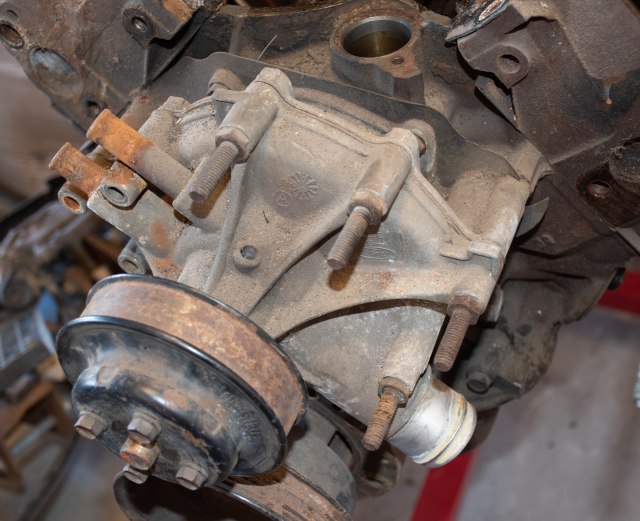 With the pump off, the lower pulley came off next. That’s as far as I want to take it right now. I still need to take the pan off and remove the oil pump, but I found some pooled oil in the top end that will end up on my floor if I roll it. I will also take the timing chain cover off, but avoiding that mess for the moment as well. 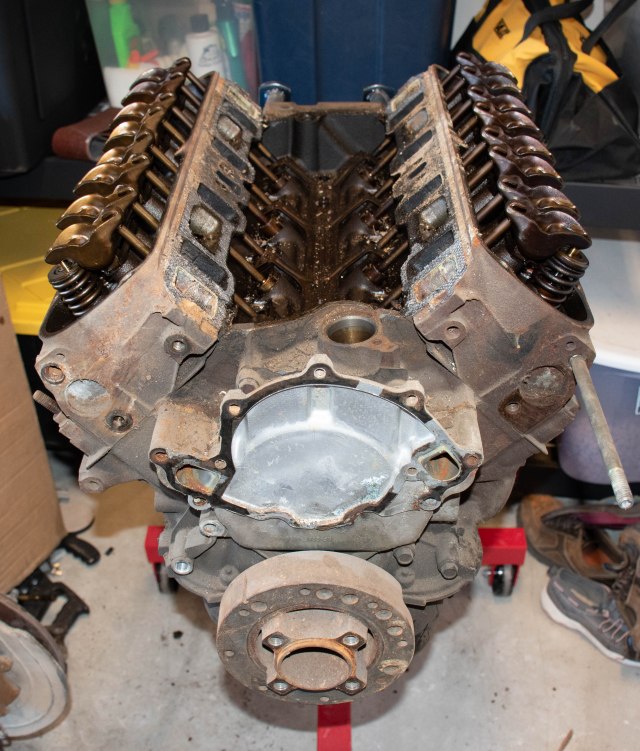 It looks a lot like what I got back from the automotive machinist a couple years ago. I should check his schedule to see if I can get in the queue to drop it off and see just how the internals are looking for wear. I want to get a new cam and heads, but if I can avoid doing anything with the crank or pistons, that would be ideal. Maybe I can save a little money.

I am left with a smaller pile, and got to throw some things in the trash. I was also able to start making a pile of things that may have value to someone which I should offer up before I trash as well. I may even be able to get rid of a bin or two and get some things off the floor. What a concept!