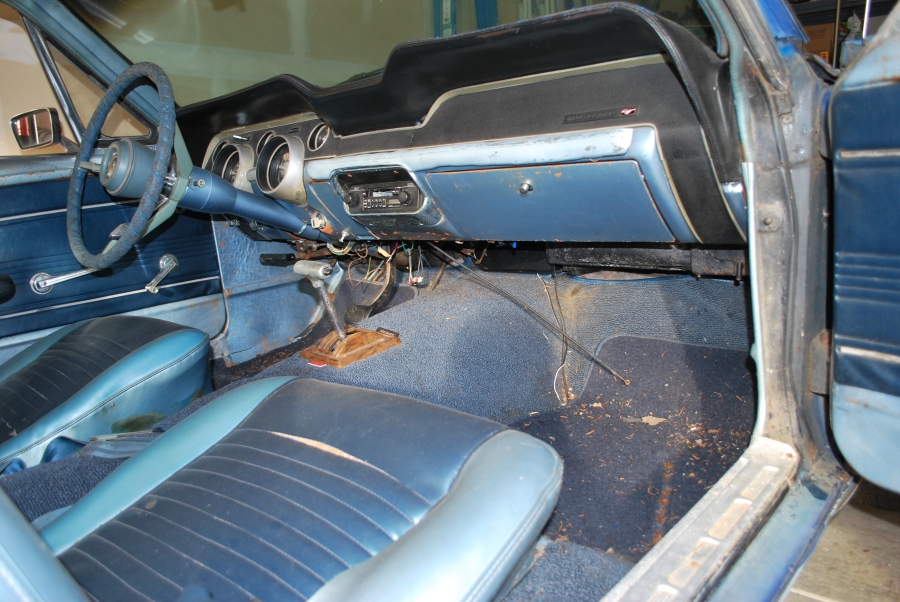 4 years ago, in February of 2012, I started thinking about restoring the ’67 again. In preparation for talking to some shops, I took some pictures to document the wide array of issues that need some attention.  It turns out this is a pretty good starting point for a before and after.  I wish I would have done this years ago, before I took then engine out and changed out the front brakes. Reading more today, I also wish I had kept the original spindles in a box somewhere.

Looking now, I think these are single piston 68-73 11 inch disk brakes. The caliper bracket is kind of odd based on others I have seen so far. Lots of rust everywhere.

For the longest time, I thought I just needed to patch the 4 rust holes, one on either side of the shock towers, then I could paint the engine compartment and get building. It seems these holes are common due to metal overlap and water getting in and sitting.

There was this funny spot between the cowl vent and the driver side fender that was bondo’d on the seam. It appears that someone though the leaking cowl vent was coming from the lines between the fender.  It turns out, another common issue was a rusted cowl vent, leading to a rusted floor. At one point, I remember rain leaking on my feet as I was driving. The bondo didn’t actually do anything.

On the passenger side, The fender was not seated correctly, and not even connected at the bottom. Additionally, they cut the lip out, probably because it rubbed due to a 289 on the 200 front suspension.

The interior was pretty rough as well. Sitting for years didn’t help.

I’m glad I got this close up. Now that I have seen what this can look like, it shows just how bad this vehicle was treated in the first 30 years. You can see at least 3 colors of paint, and a very poor masking job. I thought the side ornaments were plastic, but that was just all the peeling paint making them look cheap.

I thought I had a little rust, but just maybe on the surface. I was feeling pretty good about this being able to be cleaned up with only minor work.

The back left corner had me worried. Even though it was small, I could only think of one way to fix this, and that’s with some cutting and a new panel. Probably a new extension too, but I am pretty sure one of these is from a salvage yard already.

My last worry was the door. It looks like someone opened it without having the stop in place, gouging the shell. Small cosmetic issue, but in a bad place that I don’t know how to fix other than the heavy handed method.