After far too long, I finally decided I was far along enough in the engine compartment that I should put the hood and fenders back on. I still have a few fine adjustments on the engine before I am ready to fire it up for the first time, but the clock is ticking for summer cruising.

Taking inventory on what else I still need to figure out, I ordered the bumper and hardware for putting it and associated parts back together. During that process, I realized everything starts with the hood. The hood aligns first, then fenders align to the hood. From there, the stone guard mounts to the fenders and the bumper goes next. I guess if I am going to assemble the front end, I might as well get started with the hood.

My son was home for the weekend, so I got him to help me get the hood out of my bedroom and back on the car. My wife was pretty excited to see it move. I started by taping the adjacent edges with painter’s tape for scratch avoidance.

From there, we just bolted it on and started aligning.

It took a lot of up and down while fine tuning. I had some issues with getting the driver side to drop far enough, but it was pretty close, and I can come back and see what I can do about it myself later. The passenger side lined up pretty tight with not much effort.

As a side note, I am again reminded that my ratcheting closed ended wrenches are my best tool investment from recent times. With the fenders off, I could easily lock down the hood with it setting in place.

With everything set, I started tuning the latch mechanism. It was all original, along with the latch pillar, so I didn’t have any fitment issues. With the hood down, I bolted the latch in place and made some minor adjustments. 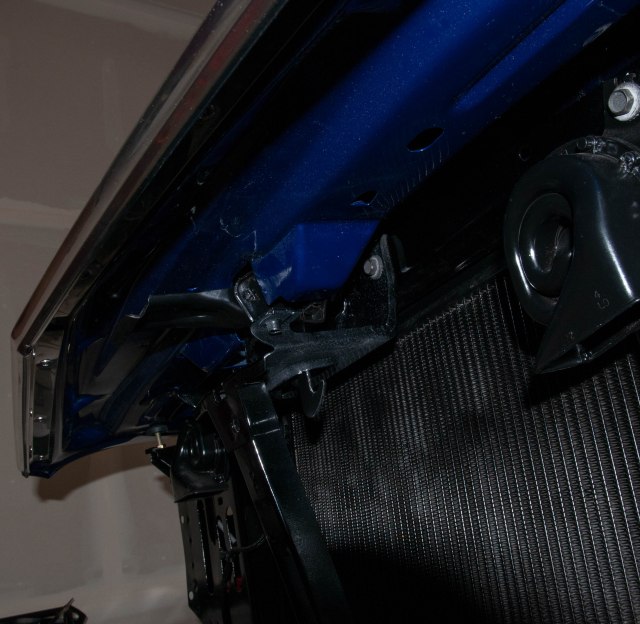 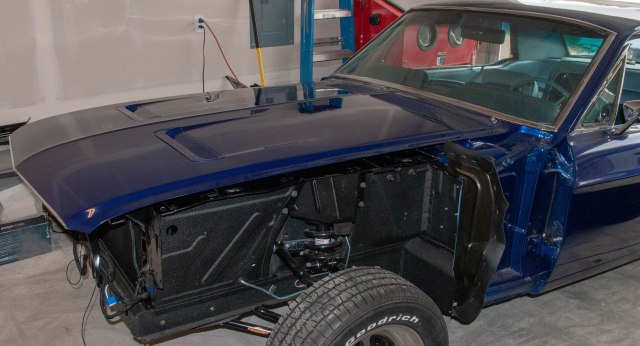 I had a few options for the fender mounting hardware for finish. With a black engine compartment and a dark blue fender, I wanted black bolts. Fortunately, AMK has a kit for that. Since I didn’t take the fenders off, I wasn’t quite sure what I was in for. Here’s what the kit included.

The nut clips attach to the sheet metal in cutouts. There are 6 across the apron tops. The hardest one to get in was back just below the window as it had a smaller opening. Being painted blue also made me worry about scratches, even though its about to be covered with a fender.  The 2 square nuts are for the rocker panel. I still had mine, so those won’t be used. The 2 smaller clip nuts go on the bottom of the mud guard for the little L bracket. The big washer is required on the bottom back of the fender as the hole is pretty big and the bolt sucks through without the extra washer. I assume they are also used as spacers should the fenders need to raise. I seem to have an extra large clip nut with an odd number as well. 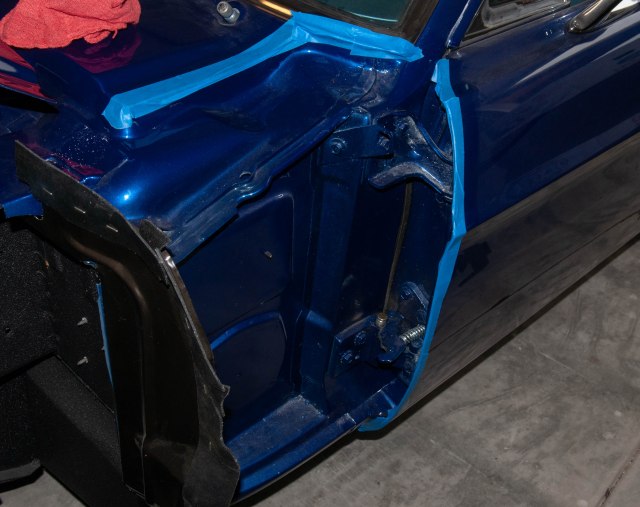 I forgot to take a picture of the driver side for this clip, but here is what the passenger side looks like.

I read somewhere that I should use strip caulk along the top of the skirts. Makes sense for rattling and tighter fit. Glad I heard about it randomly or I wouldn’t have known. Since I still have about 50 feet of it left from the trunk install, no problem.

It took a little patience and convincing, but it eventually lined up pretty good. I’m sure it helps that they did all of this as part of the painting, so even though there is a lot of replacement sheet metal, it was all fitted previously. I’m a fan of how the black bolts look too.

Passenger side goes in just like the driver side, aligned to the hood, and it’s done. 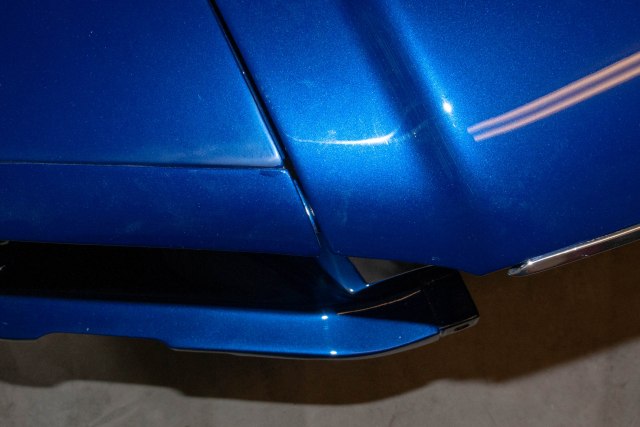 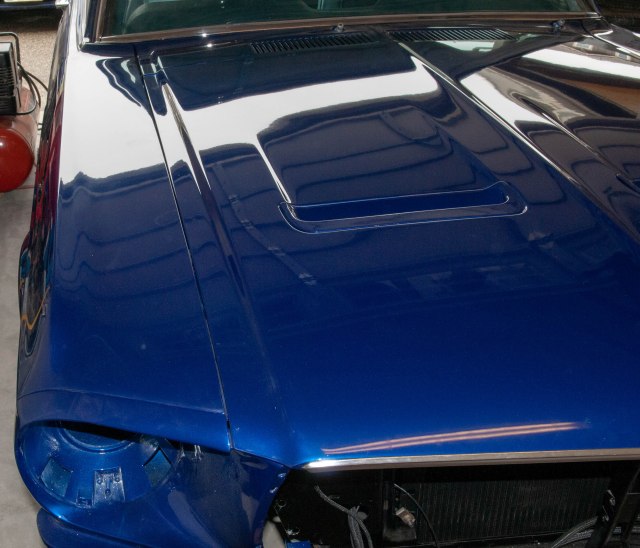 I am pretty happy with the lines. Not perfect, but pretty good. The driver side is a bit high in back and I still need to get the rubber bumpers that run along the fender under the hood. That may require some fine tuning as well. Over all, I am pretty happy with it. So is my wife, but mostly because it’s not in our bedroom anymore, I’m sure.

I was hoping the front end would continue to drop, but I knew it couldn’t drop enough just from the sheet metal. I am pretty confident these progressive rate springs aren’t going to make the cut with that front stance. Good thing I have 2 more sets of linear springs to try out, and a new spring compressor that doesn’t make me fear for my life.

One thought on “Hood and Fenders”